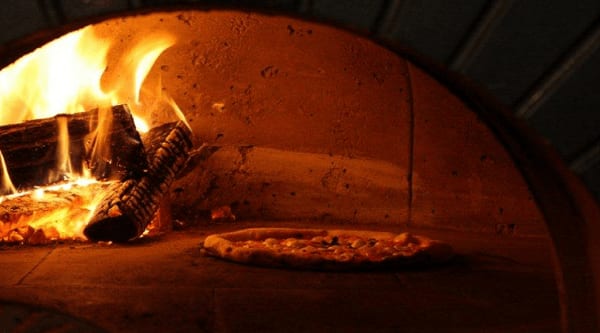 The Himachal Pradesh capital is now offering a platter of authentic taste of Italy — an Italian thin crust, hand-rolled wood-fired pizzas laced with an assortment of organic herbs grown in its kitchen garden.

“We are different from others as our thin crust pizza base is one of its kind as it is smoked in the mango wood oven. Others have electrical ovens which don’t give it a smoky flavour,” Meet Singh Malhotra, The Oberoi Group’s Clarkes Hotel’s kitchen executive, told IANS.

“Even its base is hand rolled and for health conscious guests we offer organic whole-wheat pizzas too,” he said.

Herbs like basil, wild rocket and arugula used in the pizza are specially grown by the hotel in its kitchen garden without using pesticides or fertiliser.

Malhotra said the condiments with a pizza are olive oil which is flavoured with thyme, a herb, and balsamic vinegar.

“We use only the finest ingredients, besides traditional recipe and methods, to give typical Italian flavour,” Clarkes’ general manager D.P. Bhatia told IANS.

He said traditional Himachali food like khoru, patore, babroo, chaa ghosht and murgh anardana, which have been long forgotten, are popular among the guests.

In February this year, The Oberoi Group of hotels in Shimla and in Delhi introduced Himachali cuisine, which is not only offered in traditional style but also cooked by chefs trained by the “botis” or hereditary cooks in copper vessels.

The stinging nettle is commonly grown in the wild in the hills and is known to have medicinal values, said Malhotra.

To catch up the pizzeria fever, Clarkes offers unlimited pizza at Rs.550 per person with a complimentary drink from 11 a.m. to 7 p.m.